My son loves the Lego-branded games available via Steam. He's a massive fan of the Lego versions of Batman, Marvel and the recent Lego Movie game. But as much as he loves them, as the owner of the computer he plays on, I've found them frustrating. You buy a game, download it, and it works fine for a while. But at some point all of these games have suffered from a problem where you stop being able to launch them. Having had to figure out solutions via Google to keep my son happy, I'm writing this down so I can remember it next time...

You click the "Play" button in Steam to launch the game (or click the Steam Icon's recent games list) and the screen goes black for a few seconds, and then flips back to the desktop when the app minimises itself. You never get to see the screen of logos that the game should begin with. You then have to right click the task-bar icon to terminate the program. Once this has started happening you won't be able to launch that game again until you do something about it – but (usually) the other games all keep working ok.

I have a suspicion that the issues arise after Windows Updates have been installed.

Solution one: Reinstalling DirectX and the C Runtime

This seems to be a solution sometimes – providing a temporary fix. But it's recommended on a number of threads in the Steam Forums.

Navigate to the folder where Steam is keeping the game that won't start. This will probably be under the C:\Program Files (x86)\Steam\steamapps\common\ folder. (Though this depends on whether you run 32bit or 64bit Windows, and whether you moved Steam when you installed) In here, you will find a folder called _CommonRedist where the pre-requisites of the game are stored: 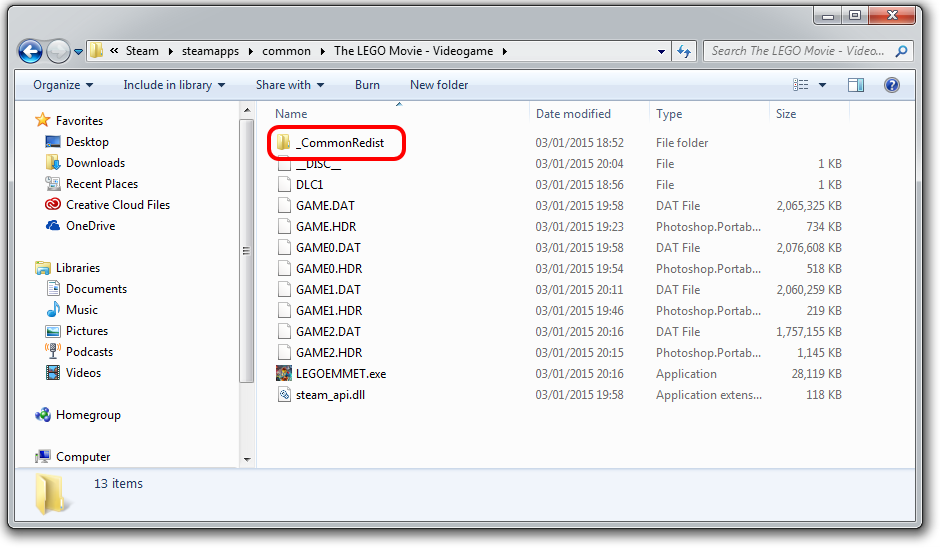 Then reboot your machine, and try running the game again.

Solution two: Force the game to run in the native resolution of your desktop

This has been more reliable for me - but it's a little trickier to achieve. The developers of the game have varied where the config file lives between releases, so you may have to do a bit of digging...

Open an Explorer window to %appdata% and look for either a ttales or Warner Bros. Interactive Entertainment folder. Look inside these to see if there's a folder for the game in question. If not, edit the Explorer path and change Roaming to Local and check again.

Inside the game folder you should find a text file called pcconfig.txt which you can open with a text editor. In here there are four lines for the screen and window height. Change all of these to match the resolution you're running Windows in: 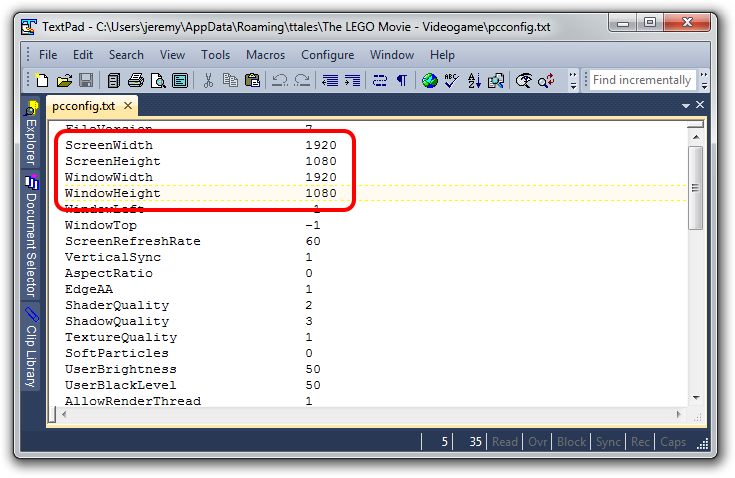 And then save the file, and try running the game again.

One of those two solutions has fixed the games for me each time I've encountered this issue. Hopefully they may help you too.