Ages ago I wrote up a bit about how your public sites should consider implementing Content Security Policy because of all the hacks it can prevent. In a bit of frustrating irony, I was tripped up by a problem caused precisely because Sitecore have added some CSP headers to their own code. Google came up empty on this, so I'm documenting it for the next person who gets bitten.

I've been working on some research towards a brand new client project using Sitecore 10 on Docker. As part of my solution setup, I tried to add in the Sitecore Sidekick toolset, as I find it very useful for developers to pull down test content for their work. Having managed to work around the lack of a specific Sitecore 10 build for this at that point, I was hit with a very unexpected issue. Clicking the Sidekick icon got me this: 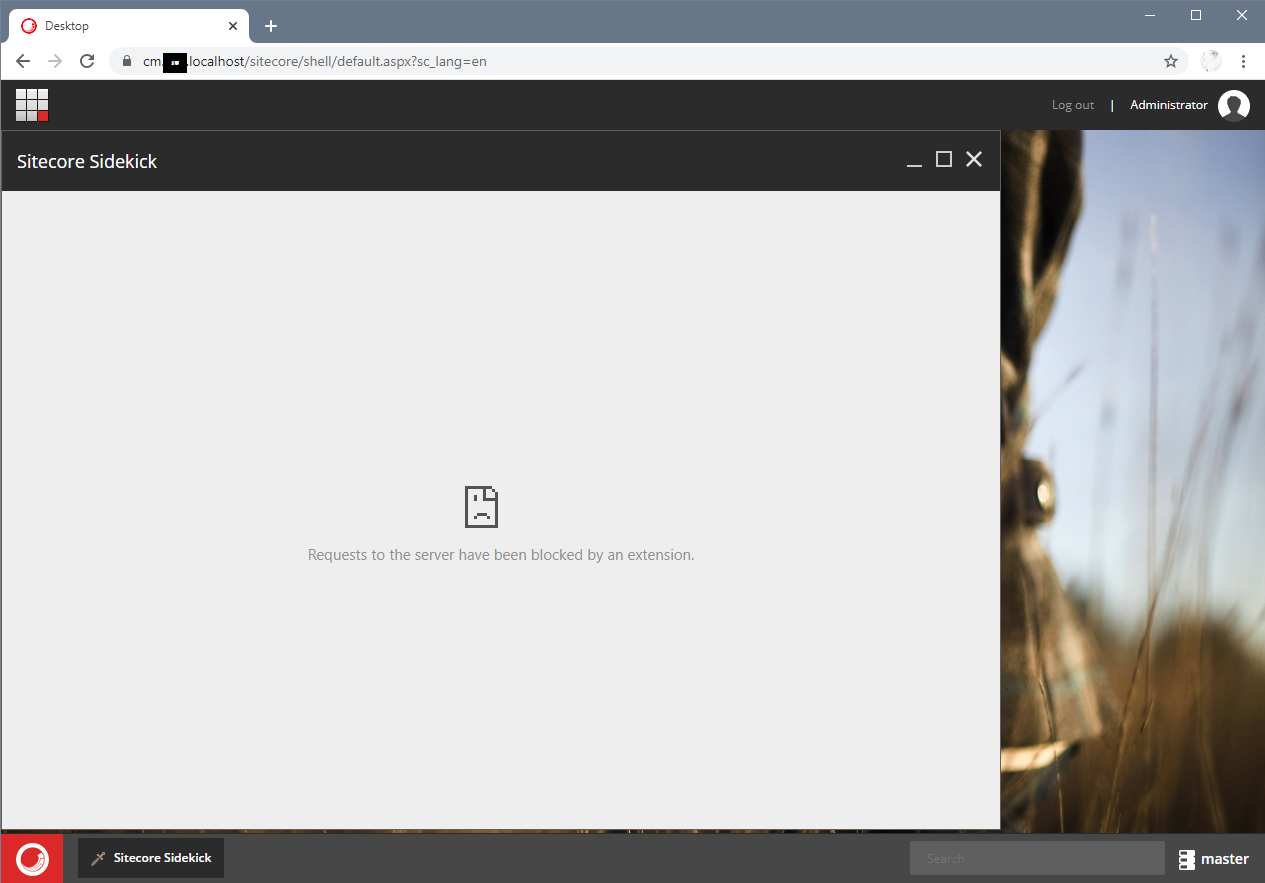 And looking at the underlying markup I can see that the "window" on the Sitecore desktop is actually an iFrame:

So there are a few interesting things here:

So where did that header come from, anyway?

This is the bit that confused me the most...

It turns out that sneakily, Sitecore pushed some config into V9.3 which writes out a basic CSP for any pages under /sitecore. This isn't mentioned in the release notes for either V9.3 or V10, but it's alluded to in this Knowledge Base article, which says that the lack of CSPs is "fixed" with V9.3.

My attempts at Google to work out how this was being done failed, but Jeff L'Heureux at Sitecore solved the conundrum for me. It's been configured as a <customHeaders> setting in the site web.config: 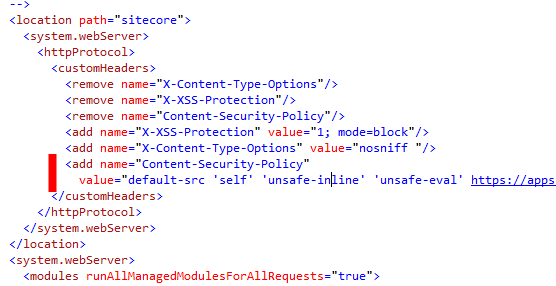 I discussed the core issue (that Sidekick wouldn't work in a container with this CSP) with Jeff Darchuck, the creator of Sidekick, and he's worked ou a fix so that Sidekick doesn't trigger this issue any more. That should be available in version 1.5.7 and up on Nuget.

But it's still possible you might hit this issue if you iFrame your own custom apps into a window on the Sitecore desktop. So maybe this will be of help...