It seems everyone is suddenly an expert in this exciting new tech. And if you weren't paying attention, you may have missed the joke behind all of this – that it's an entirely made-up technology. Funny as the twitter shenangans were, I think there's a point hiding here for us as developers. What is it? Well...

Hang on a second – what's going on here? 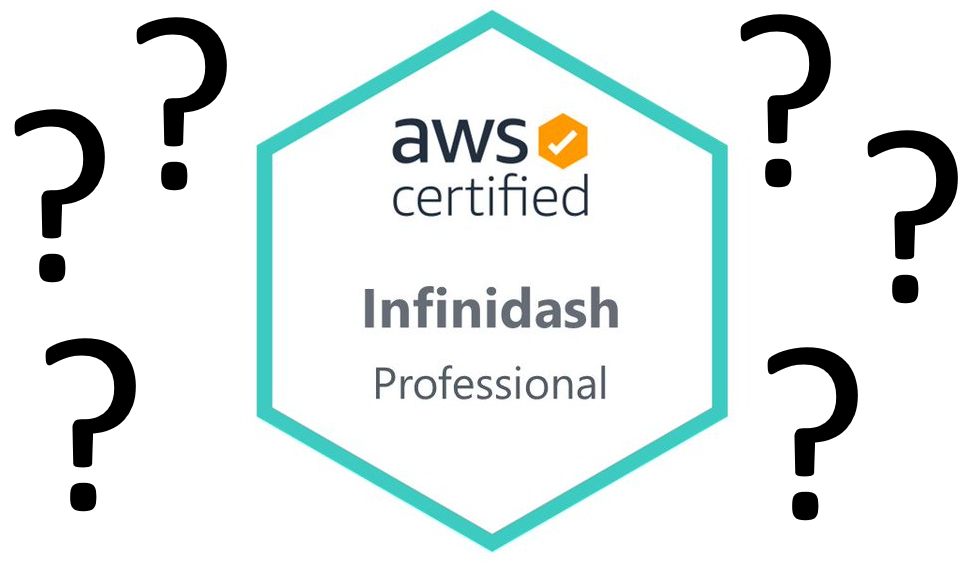 So if you're behind the curve here, let me explain. There was a tweet last week where someone joked that (because of the bland and impenetrable naming of many cloud products), you could get a bunch of people to tweet about a completely made-up a new product name, and before too long it would be appearing on job adverts:

I am convinced that a small and dedicated group of twitter devs could tweet hot takes about a completely made up AWS product, idk AWS Infinidash or something, and it would appear as a requirement on job specs within a week

Now it's a few days later, and we've got an avalanche of people joining in the joke. There have been blog posts, videos, and an whole load of tweets. And, to bring the whole thing full-circle, the recruiters at Signal have given the world a sly wink, and put the made-up tech on a job advert:

Okay so the Infinidash joke was funny at first (though I'm not a developer so I didn't get it until it was explained to me), but now it is on a job posting at Signal.https://t.co/i7BmQkqRdp pic.twitter.com/JmS4IZUBUb

Why is this anything more than a joke?

I think it emphasises the idea that tech products can be a bit impenetrable to the non-nerds we work with. This is defintely not just an AWS issue. A lot of people seemed to read the joke here as mocking recruiters for not understanding the tech products but in reality we need to remember that almost everyone who's not a subject expert in a particular area has trouble understanding what the terms we use mean much of the time.

Look at the current world of Sitecore. There are loads of technical terms that get thrown about in our discussions. In the last week I've used "Kubernetes", "JAMStack", "CaaS", "Headless", "PaaS" and "MACH" in conversation – and that's just talking about infrastructure patterns. There are plenty more if we widen the discussion to other topics.

So on one hand we these things can cause a recruitment challenge – there's unsurprisingly a sort of vicious circle between technologies getting mentioned in public discussion and them becoming the sort of thing that ends up with a "five years experience in" requirement appearing on lots of job adverts. (Often despite them being less than five years old as a concept) And on the other hand we have a sales challenge, because clients hear terms and start to demand them without really understanding the implications.

These are both issues I've experienced directly – and I think they leave us with a problem.

What should we be doing?

I think there are three things that we should be thinking about, as techies:

Firstly: Try not to rely on the buzzwords when you're communicating – try to explain things clearly. It's a common problem in discussions that if you say "anyone not understand X?" that people will generally not speak up. So finding ways of weaving the explanation into your discussions can help everyone understand. This will help your fellow developers learn, and increase their knowledge. And it will help your clients understand things more clearly.

And don't forget that explaining and teaching are a good thing overall:

If you share your knowledge and help others learn and grow, everyone levels up, and we all get to keep learning from each other and level each other up more! It's pretty cool 😌

Secondly: When recruiting don't get obsessed with lists of specific skills. If your job adverts are a tick-box list of 27 different technologies, you're doing it wrong. The best developers I work with are people who are interested in learning. So if they don't know some of the things you need they can pick it up reasonably quickly. And giving those developers the opportunity to expand their skills is also helpful for recruitment. Some managers worry that will lead to people leaving to sell these new skills elsewhere – but HR experts suggest that helping people learn and grow is likely to make them more likely to stay with you.

Thirdly: Buzzwords don't solve client problems – good requirements and correct technology choices do. It doesn't really matter what the most recent "exciting buzzword" is. If you want to make your clients happy, you need to be making the right technical choices for to solve their business problems. So you need to understand both their needs, and the options. And sometimes you'll need to use your skills at explaining these things to try and help clients understand why the tech they're asking for is not actually right for them.