I've got a project on the cards where I need to connect both Sitecore and a third-party image capture system to Content Hub. While I've done the official admin & developer training for Content Hub, I thought it would be worth a quick proof-of-concept so that I could verify the plan I had would actually work – and it turned out that there was an interesting issue hiding under this...

What I need to test?

The system I think I need to end up with looks a bit like this: 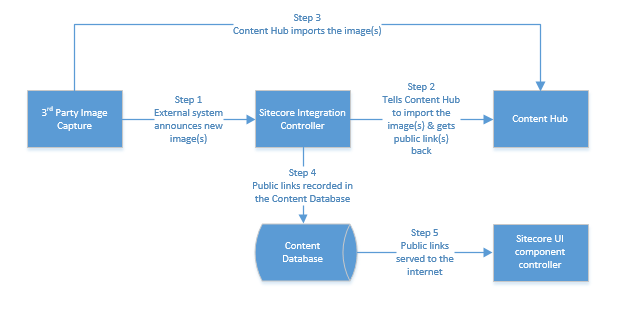 There's a 3rd-party system that captures images. Once that process completes it will make an HTTPS request to some other system to announce the new data. In my case that's going to be an integration-focused controller in Sitecore. This controller's job will be to set up the right data in Content Hub – so it's going to make some API calls to that system to upload the new image, fill in whatever relevant metadata is needed and then create some Public Links for renditions. Those links will then get stored in the Sitecore content database, so that they can be served as part of some UI components that are being produced.

(I'm not putting the integration controller code inside Content Hub using Scripts for firewall reasons. Content Hub can't issue calls to Sitecore for security reasons – and I can't change that)

Doesn't sound too complicated. But I wanted to check how the "upload an image, generate some renditions, and get public links for them" worked. So I fired up a quick .Net Console App to mock this up. I think the test requires a few things:

Setting up a new rendition

Renditions are set up using the "Media Processing" config for "Content". I'm interested in bitmaps, so the new rendition needs adding to the config processing for that. Out-of-the-box Content Hub's image processing extracts metadata, generates PDFs and renders a set of preview images. But the preview workflow here starts from an 1100 pixel size – and I may need bigger images than that in the real solution. So that requires that the new rendition is not a child of "preview" – it needs to be a new root item. That's easy to set up, but you need to pay attention to the "output" properties to make it all work.

I set up a "website thumbnail" rendition for my test. You need to make sure the redition is "stored", with a sensible name: 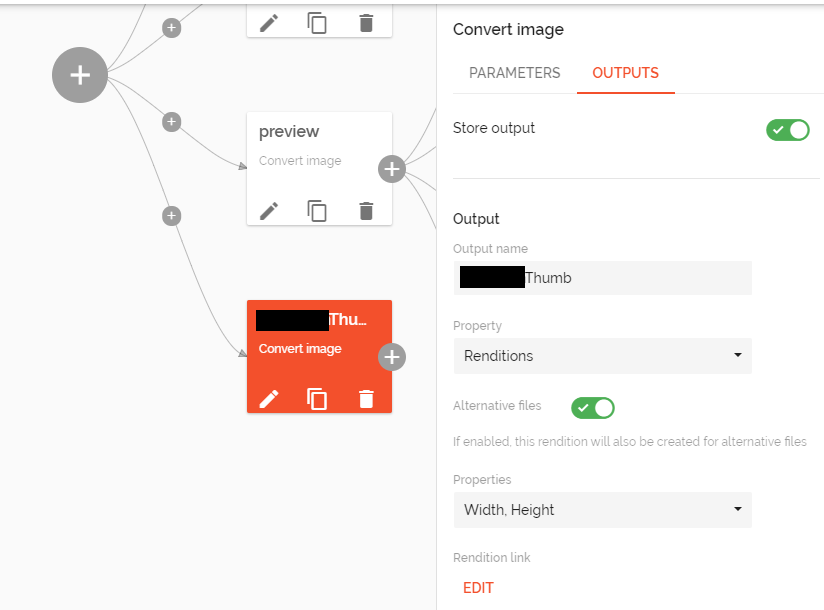 And you need to give it a Rendition Link: 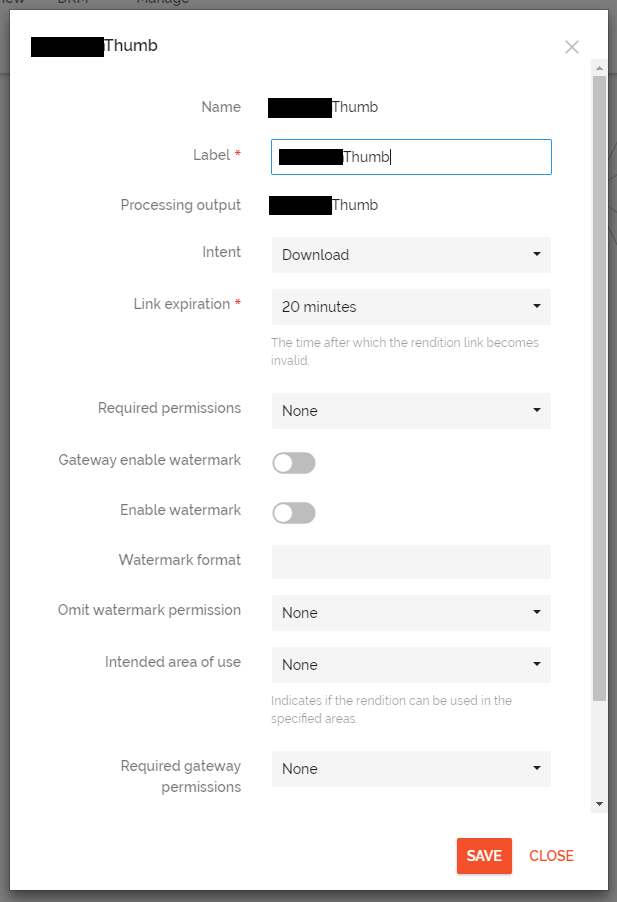 Once that's done, uploading a new image will generate this rendition. If you want it to be available in the UI for "make a public link for this rendition" there's one more thing to do though. You need to go to the "Option Lists" management page, and select the "PublishableRenditions" list. Add the name(s) of your new rendition(s) here: 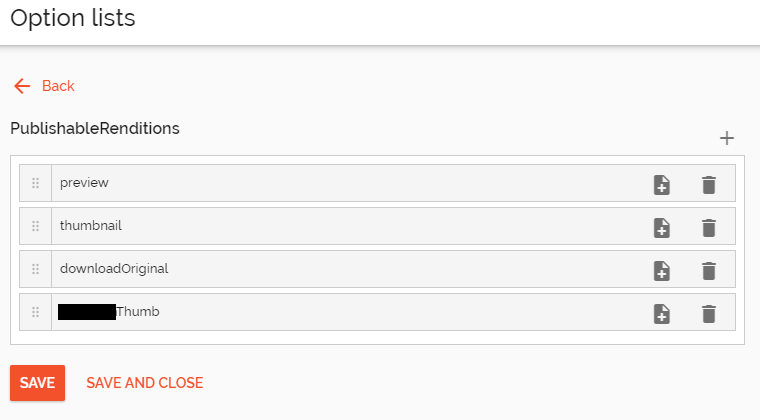 And then you'll be able to manually set up links for a new image: 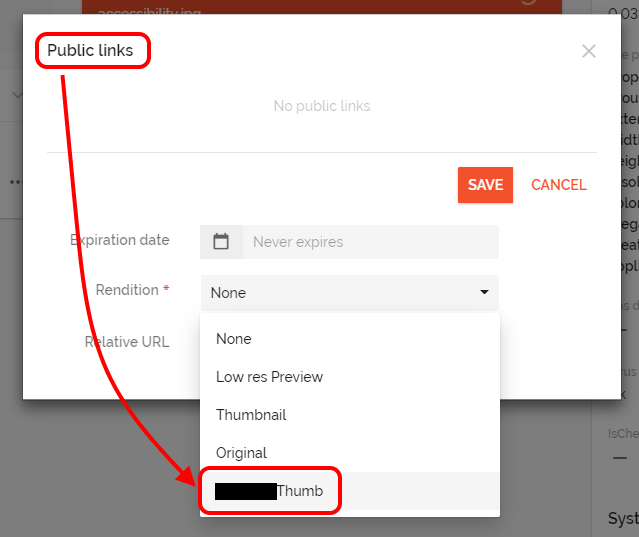 So that's ready to try some automation...

Trying this via code

The first thing you need to do in order to use the .Net API is to authenticate with your Content Hub system. That requires two things: First, an OAuth client needs setting up:

Note that for this scenario, you don't need the "Redirect Url" property – that can be set to anything. Make a note of the Client ID and the Client Secret for the client you set up. And then secondly you need a user to log in as: 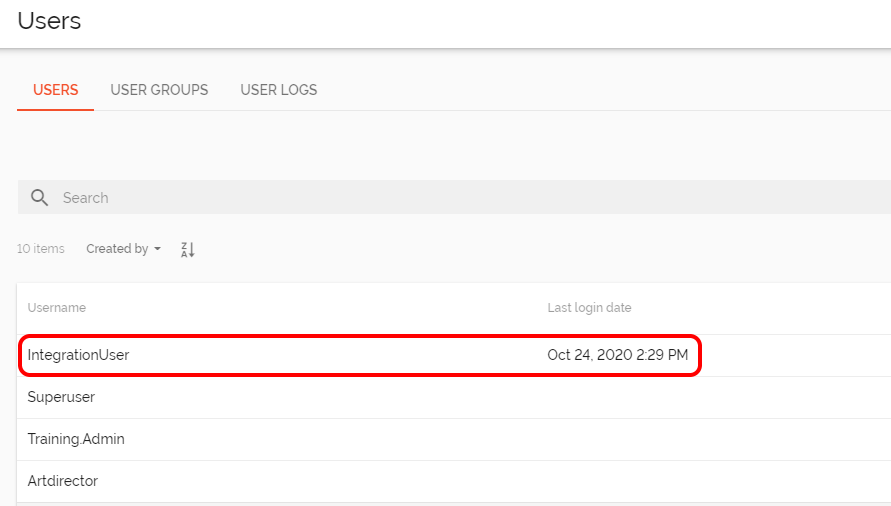 This user needs to have a password set, so the API can use it.

With those in place, authenticating a new client connection can be done as follows:

The endpoint here is the base url for your instance of Content Hub, something like https://your-instance.stylelabsdemo.com but it will vary depending on how your instance is set up.

Then you need to create the new Asset. There are a few steps to that

That will cause Content Hub to download the image, set up the Asset record and generate the correct renditions. So then the code needs to generate the Public Link the integration system needs to store in Sitecore.

Generating the public link can be done as shown:

When you look at the schema of a "Public Link" entity in the system, it doesn't have a URL property though. So how do you know what the address to request for the link is? Well a bit of googling lead me to an answer for this: You work out the address based on the instance's base url, the "RelativeUrl" property and the "VersionHash" property:

So you can assemble this code together, and it will set up an image for you:

You can see from the little "1" badge superimposed over the Public Link icon in the top right that a link has been created. But when you click that, all is not well: 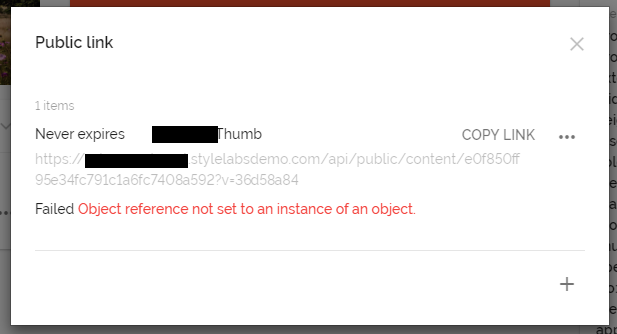 For Google's benefit the error here is "Object reference not set to an instance of an object".

In a couple of scenarios I tried, I got a subtly different error, which you might see: 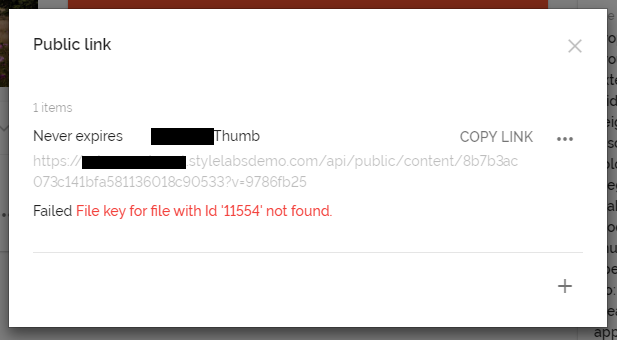 What's going on there?

Having had a bit of a think – the issue is the asynchronous nature of how Content Hub processes stuff. When you create a new Asset, you're running background jobs to fetch the image and generate the renditions. So you don't actually know when that will occur. But the code above is creating the Asset record and immediately creating a Public Link record based on the asset and a specific rendition name. And at that point, I don't think the rendition in question actually exists in Content Hub's database. Hence the error message above.

So how can we fix this? Waiting!

In this case it's waiting for the rendition to exist – but the same pattern works for other entities like the fetch job and the public link. It's a loop that waits for a bit, tries to fetch the thing, and decides if it got valid data. If not, it repeats that cycle until it is true. (I'm pretty sure this isn't the right way to wait here – there will be a better way to do this)

And opening an incognito browser, the public link can be viewed successfully:

But what you have to pay attention to now is that it'll probably take about 90s to fetch you a public link via this process – so you need to make sure that however you run this code it's safe for a long-running operation like that. You probably don't want to do that directly in an IIS Web Request. I'm thinking I'm going to end up using Sitecore Jobs for these tasks...