Usually with these blog posts, I find a problem, I fight with it for a bit, and then I solve the problem. But this post has been sitting half-written in my publishing queue since May (!) this year, and I have entirely failed to solve this issue. So I'm admitting defeat, and publishing this anyway because maybe one of you knows the answer. Or at least it might serve as a warning...

My issue is that I've been working through some really odd and annoying Solr issues which only manifest in Docker on one laptop. I'm really not sure if these are issues that others might see, or if this is a problem that's entirely down to this laptop's setup. But they're definitely a problem...

I was hacking up an app as a personal project recently, and decided to try out the latest preview (Number 7) of ASP.Net Core for .Net 7. I happened to be deploying this project to a server which had never run ASP.Net Core before, and that deployment left me scratching my head for some time. So in case this issue hits others, here's what happened to me:

A bug caused by a feature from the future?

Turns out, unwritten code can still trip you up...

One of the challenges you often deal with using software that's under active development, is that as you take the lastest updates you can find that they subtly change (or break) the behaviour of the tool - affecting stuff that used to work for you. I had a classic example of this recently with this blog. An update to the Statiq engine fixed something in the core library code and created a subtle issue for my website. Since the docs for Statiq don't make this obvious, here's some information for anyone else finding this problem:

Following on from my recent post about how I was able to mess up my life by getting Marketing Automation connection strings wrong, I hit another interesting issue with MA – this time around content languages...

I got a fun support ticket recently, for a client on Sitecore v8.1 whose analytics processing had stopped working. Their outstanding queue of raw analytics data that needed to be aggregated was slowly growing, and some functionality which relied on the existence of recent analyics data had stopped working. Trying to fix this caused me to look at two issues which are related to how Web Forms for Marketers data is processed in analytics – and these seemed like issues that other people who do support work might need info on...

A fast query edge case that might bite you

There's been a bit of discussion (I might even go as far as to say ranting 😉 ) on the subject of not using "fast query" in your website code recently. I'm a supporter of this idea – but I came across an issue recently that points out why it's not always easy to be confident that you're not making use of it indirectly...

So, for the benefit of Google:

I'm sure my renderings were there yesterday?

As time goes on, something I've noticed is that as Sitecore evolves it is taking a greater reliance on search integration – making things like Solr ever more important. And that leads to an exciting new set of issues you come across if, for some reason, your search service is not available.

I wasted some perfectly good development time recently when some of my renderings vanished from published pages, thanks to this. 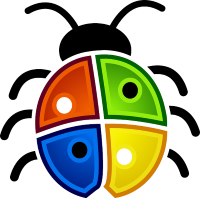 What went wrong with my media?

If you spend your life working with software, you can't help but collect a few stories of issues that defied your understanding – and I came across a great example with Sitecore recently. I haven't managed to decide if this is an issue that can happen to others, or whether it was completely specific to the setup of this particular site. But since I got few useful results from Google when I was trying to solve this, I figure it's worth writing about it just in case someone else sees a similar problem in the future...

A quirk of Sitecore Queries...

It's nearly Christmas, and before I head off for a bit of a holiday, here's a quick bug issue you might encounter. Despite the increasing power and sophistication of the search technologies in Sitecore, sometimes we still need to fall back to good old-fashioned Sitecore Query. A common reason for this is because the query you're writing depends on the structure of the data, not its content. Recently a colleague of mine pointed out some issues to me with the way some queries are resolved, which I thought might be of interest to others.