Thinking about infrastructure for that upgrade

Following on from my previous post about things to think about if you're new to upgrading a Sitecore project in your development environment, there was another side of the issue of upgrading I wanted to point out – some of your deployment choices...

Those assumptions? You should validate them...

The one thing that is true of every aspect of IT is that it is always changing. And that change means that things you were confident of in the past may no longer hold true.

I was reminded of this while sitting in the pub with some developers recently, talking about querying for items by path in Sitecore. The debate about the best way to do this raged, but a common thread of the debate was that it is often said that the fastest way to find a set of items you needed is via a ContentSearch index. That assumptions has its roots in the time when most sites were using Lucene to run queries, and for queries with more complex matching rules. But does that hold true here?

Buckets are more important than you thought...

Every so often you come across a small config change which does stuff you just did not expect. I hit an issue around this recently, which I figured I should document to try and prevent anyone else getting to spend time with diff, scratching their head for as long as I did...

Tripping over Liskov Substitution and search

When you're working with a "provider" model for services in your applications you get used to the assumption that everything follows the Liskov Substitution Principle and whatever provider you plug in will work in the same way. Unfortunately, for software our in the real world that's not always entirely true. Recently I came across an example of this which helped point out a bug in some search code in Sitecore...

Be careful when you secure your HTTPS ciphers

One of the big things in IT security in recent times has been the successful attacks black-hats have launched against the infrastructure of cryptography. As we all come to rely on encrypted communications more and more, the vulnerabilities in old ciphers have become more of a problem to us developers and administrators. Vulnerabilities like Drown and Poodle are just two examples of a trend which means we all now have to worry about how our crypto is configured before we allow the internet to see a server.

But whenever you tie down security more tightly you risk causing problems when software relies on the thing you've just disabled...

I spent some time recently investigating why certain aspects of the Coveo for Sitecore search framework were broken on a client's server, and the answer ended up being directly related to crypto security. Here's what happened:

Why can't I bookmark my facets?

The other week I was commenting on shooting myself in the foot with the configuration of Coveo's UI for Sitecore. Another issue that came up during that bit of project work was that in their default state, the facet components didn't respond to data in the URL. Having done a bit of digging, however, one of my colleagues found an answer to this, which I figured I should write down in case anyone else is stuck on the same challenge...

The case of the missing Coveo facet picker

Quick one this week. Mostly to try and save my own blushes, because the issue here was completely my fault. For the first time on a particular project I was trying to do some Coveo development work. I had created a page based on the default MVC templates they provide for search, but when I tried to add a Facet in Content Editor, I found myself staring at this: 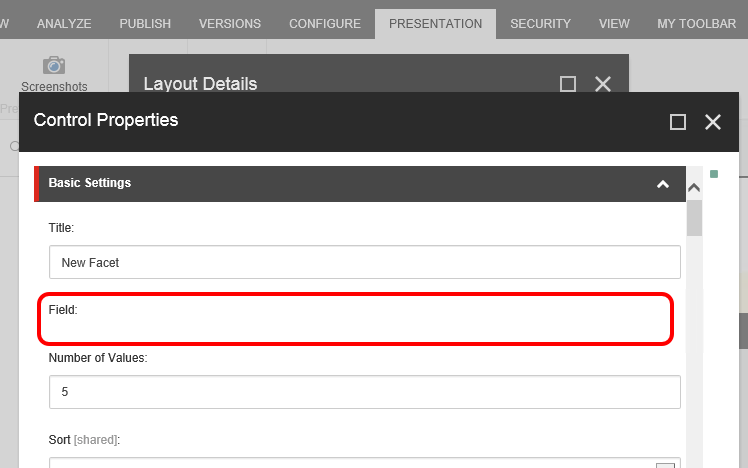 No picker for the field to facet on – so no way to make the Facet component work...

After last week's work on installing the Coveo search service, this week we'll move on to how that script can be extended to install the Coveo REST API and the Coveo for Sitecore package.

Getting back to the the issue of installing things for a Sitecore development environment, this week I'm going to start tackling how you can add "Coveo for Sitecore" to a machine. While Coveo have provided some documentation on how this can be achieved, (for CES and REST APIs) they make they point that they don't offer support for this approach to installation. So this may not be right for everyone. But in case it's of use to you, here's the first part of my attempt at the automation:

This week I've spent a bit of time trying to knock up a quick demo of how Coveo can cope with searching in languages other than English. However, it's just my luck that the language I have to demo in is not on the list of languages supported out-of-the-box: Welsh. Hence I've been investigating how to customise the UI so that things look right for my demo. Turns out there are a few things to think about: